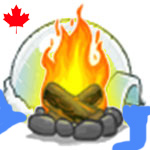 It's been a long time! We have one for Portal X2 so decided we should have one for the counters. Currently there's only one that affects macOS Safari 13.x users on High Sierra/Mojave/Catalina

To keep track and reduce duplicates (e.g. someone sitting F5 on a counter will still count as one visit), NeoMallers uses cookies to validate these hits. Users using these browsers will see their counter show up "blank" as Safari now blocks these by default (under the cross site tracking option) and does some other magic that prevents the browser from telling NeoMallers what page the counter was loaded from. This feature was originally implemented to reduce ad tracking but unfortunately our counters work in similar ways since it tries to read the page and sort the hits accordingly.